From Shore To Shore examines both the continuity and the changes that have affected Irish traditional music since the turn of the previous century. Using New York City as the focus, this documentary mixes historic photographs and film footage with contemporary interviews and performances. It traces the influence of family and community, Irish immigration, and American popular culture on the traditional music played in New York today. While the primary place of traditional music in New York is the same as it was in rural Ireland—for personal and social enjoyment—the urban environment offered commercial possibilities as well as challenges. Many Irish balanced the effect of modern cultural forces with traditional customs such as house sessions and informal learning from master musicians. From Shore To Shore shows how Irish traditional music became a powerful vehicle for the transmission of ethnic identity from generation to generation. View film clip below. 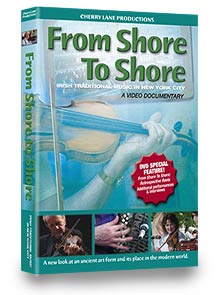 From Shore To Shore: Irish Traditional Music In New York City (57:00, 1993)
A documentary on Irish immigrant musicians and their offspring, incorporating oral history interviews to trace the influences of family and community, ethnic identity, and American popular culture on the traditional music played in contemporary New York City. From Shore To Shore was broadcast on PBS television stations in New York City, Reno, Nevada, and nationally in Ireland and Australia, and screened in numerous film festivals and conferences in the U.S. and in Ireland. Extensive clips of From Shore To Shore were installed as part of the exhibition Ireland America: The Ties That Bind, at the Library for the Performing Arts, Lincoln Center, New York City, in the Spring and Summer of 2011.
Streaming Video at: folkstreams.net

Beginning in April 1988, a number of oral histories and Irish traditional music and dance performances were videotaped for the documentary From Shore To Shore: Irish Traditional Music In New York City. Many of these recordings were not able to be included in the original 57-minute documentary. This additional footage provides a retrospective look at a vibrant community of musicians, dancers, and audiences during one important era in the story of Irish traditional music in America. 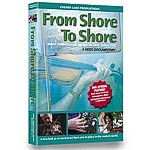 Note: 70% of the profits from the sale of this DVD/Video will be donated to New York area Irish traditional music and dance community organizations, for cultural & educational programs. 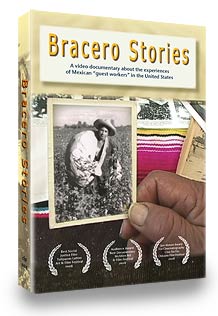 Bracero Stories is a bi-lingual video documentary exploring the personal experiences of five former “guest workers” who participated in the controversial U.S./Mexican government program granting temporary work contracts to several million Mexican laborers between 1942 and 1964. Reminiscences by the Braceros are interwoven with archival materials, forming a composite history of the Bracero experience. Though many of their stories detail the hardships encountered in the program, Braceros generally consider the experience a valuable one, and their recollections invariably convey a great sense of dignity. One rarely gets the feeling that they felt like “victims,” but that they were merely doing what had to be done under difficult economic circumstances. This collective portrait also reveals the considerable pride that former Braceros still feel regarding their important contribution to U.S. society.

Discussions in the media, past and present, generally represent the opinions of government and corporate policy makers, seldom focusing on the lived experience of the workers. By focusing on the their perspective, the film offers a little-known human story that remains vitally relevant to this day.

Juxtaposed with the personal recollections, interviews with other participants in the historic program assess the program’s effectiveness—and its justness, mirroring contemporary concerns about illegal immigration and the possible implementation of a new guest worker program. Ultimately, the film seeks to put a personal face on the concept of foreign “guest worker.” 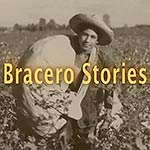 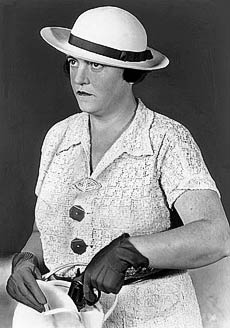 “Nobody really knew her very well—
nobody in the family…she was complex.”

Sleuthing Mary Shanley is an historical family documentary about a renowned undercover New York City policewoman in the 1930s to the 50s. Told through interviews with her niece and namesake, Mary Shanley Mullins, as well as period book, newspaper and magazine excerpts, the documentary evokes the tension between Detective Mary Shanley’s public and private lives.

The interviews with her niece also reveal personal background to Detective Shanley’s story, providing insight into the incident that almost cost her that hard-won career. 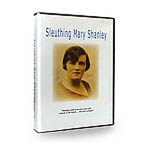